The Most Inspiring John Muir Quotes for Avid Hiker and Backpacker

John Muir is perhaps the most iconic name in outdoor recreation in the United States. Best-known for his eloquent prose and vivid wordsmithing, Muir revolutionized the way that Americans thought about nature and helped inspire millions to get outside.

Over the years, Muir became a prominent figure in the movement to protect and preserve some of the United States’ most stunning landscapes, pushing for the creation of national parks where visitors could appreciate the country’s natural splendor.

While his legacy is clearly demonstrated through the innumerable acres of land which he fought to protect, Muir’s quotes have seemingly taken on a life of their own. Throughout his dozen or so books and countless essays, Muir’s quotes have become a source of fandom unto themselves among mountain lovers everywhere.

If John Muir was known for anything, it was his love of wilderness. Muir worked hard to encourage lawmakers and politicians of the value of wild land, even as the world around him became rapidly industrialized. So, here are some of Muir’s best quotes about wilderness for you to enjoy.

“The clearest way into the universe is through a forest wilderness.”

“Thousands of tired, nerve-shaken, over-civilized people are beginning to find out that going to the mountains is going home; that wildness is a necessity.”

“Only by going alone in silence, without baggage, can one truly get into the heart of the wilderness. All other travel is mere dust and hotels and baggage and chatter.”

“Man must be made conscious of his origin as a child of Nature. Brought into right relationship with the wilderness he would see that he was not a separate entity endowed with a divine right to subdue his fellow creatures and destroy the common heritage, but rather an integral part of a harmonious whole.”

“None of Nature’s landscapes are ugly so long as they are wild.”

“This is Nature's own reservation, and every lover of wildness will rejoice with me that by kindly frost it is so well defended.”

John Muir’s love of nature truly transcends time. Through his powerful quotes, Muir’s writing takes us off the page and straight into the nature that he held so dear. These John Muir nature quotes are sure to do just that.

“When one tugs at a single thing in nature, he finds it attached to the rest of the world.”

“In every walk with nature, one recieves far more than he seeks.”

“Between every two pines is a doorway to a new world.” “There is a love of wild nature in everybody, an ancient mother-love showing itself whether recognized or no, and however covered by cares and duties.”

“How glorious a greeting the sun gives the mountains!”

“There is not a fragment in all nature, for every relative fragment of one thing is a full harmonious unit in itself.”

“One should go to the woods for safety, if for nothing else.”

“One touch of nature makes the whole world kin.”

“Keep close to Nature's heart... and break clear away, once in a while, and climb a mountain or spend a week in the woods. Wash your spirit clean”

“Come to the woods, for here is rest.”

“And into the forest I go to lose my mind and find my soul.”

“The battle for conservation will go on endlessly. It is part of the universal battle between right and wrong.”

Throughout his life, John Muir established himself as an avid hiker and mountaineer, frequently setting off on multi-day forays into the High Sierra with little more than a few pieces of bread in his pocket. These quotes express his love for hiking and much more.

“The mountains are calling and I must go.”

“Climb the mountains and get their good tidings. Nature’s peace will flow into you as sunshine flows into trees. The winds will blow their own freshness into you, and the storms their energy, while cares will drop away from you like autumn leaves.”

“Of all the paths you take in life, make sure a few of them are dirt.”

“Going to the mountains is going home.”

“One day's exposure to mountains is better than a cartload of books.”

“Who wouldn’t be a mountaineer! Up here all the world’s prizes seem nothing.”

“I'm losing the precious days. I am degenerating into a machine for making money. I am learning nothing in this trivial world of men. I must break away and get out into the mountains to learn the news.”

“Wander a whole summer if you can...time will not be taken from the sum of your life. Instead of shortening, it will definitely lengthen it and make you truly immortal.”

“Most people who travel look only at what they are directed to look at. Great is the power of the guidebook maker, however ignorant.”

If there was one place in the world that held an extra-special place in John Muir’s heart, it was Yosemite. The now-famous environmentalist worked for years to place Yosmite’s hallowed landscape under permanent protection, so here are some quotes that express his love for the park’s stunning landscapes.

“By far the grandest of all the special temples of nature I was ever permitted to enter.”

“And I should go to the very center of our globe and read the whole splendid page from the beginning. But my first journeys would be into the inner substance of flowers, and among the folds and mazes of Yosemite's falls. How grand to move about in the very tissue of falling columns, and in the very birthplace of their heavenly harmonies, looking outward as from windows of ever-varying transparency and staining!”

“Yosemite Park is a place of rest, a refuge from the roar and dust and weary, nervous, wasting work of the lowlands, in which one gains the advantages of both solitude and society. Nowhere will you find more company of a soothing peace-be-still kind.”

“None can escape its charms, Its natural beauty cleans and warms like a fire, and you will be willing to stay forever in one place like a tree.”

“No words will ever describe the exquisite beauty and charm of this mountain park - nature’s landscape garden at once tenderly beautiful and sublime. No wonder it draws nature lovers from all over the world.”

“Another glorious Sierra day in which one seems to be dissolved and absorbed and sent pulsing onward we know not where. Life seems neither long nor short, and we take no more heed to save time or make haste than do the trees and stars. This is true freedom, a good practical sort of immortality.”

The Mountains Are Calling...

It’s hard to argue that any other single figure in history has had a larger impact on American environmentalism over the years than John Muir. From his early days growing up in Scotland to his long tenure as a driving force behind the creation of the US National Parks, John Muir’s legacy lives on, particularly through his quotes.

We hope that you enjoyed this list of John Muir quotes as much as we did. Let us know which of these quotes was your favorite in the comments below and feel free to share this article with your friends to spread the mountain joy.

Gaby Pilson
I am a mountaineering and climbing guide, as well as a professional outdoor educator. I split my time between working in the polar regions as an expedition guide, working as a climbing instructor, and pursuing my other passions of traveling, writing, and drinking copious amounts of coffee.
About Outdoors Generations
We are a family-run site with a team of outdoor experts who strives to inspire and motivate people of all ages to venture outside with confidence.
A little more about us. 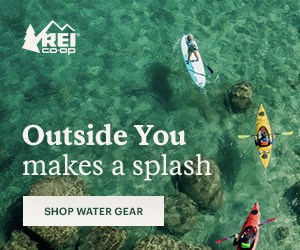 We want to make Hiking, Camping, and Backpacking more enjoyable for people of all ages, inspiring and motivating others to venture outside with confidence.
Explore
HIKE & CAMP
AMAZON ASSOCIATES PROGRAM
As an Amazon Associate, we earn from qualifying purchases.
© 2021 Outdoors Generations  |
Privacy Policy